We approach each project with open ears and a respect for creative intent. Our clients rely on us to ensure that the best elements of their work make a deep connection with their listeners. Whether it’s the first project for a developing artist or a new release by an established one; whether experimental, traditional, or something new altogether, we will treat your recordings with the same level of attention, professionalism, and care. 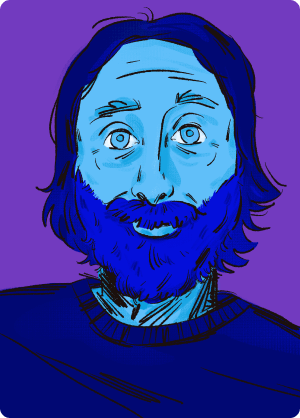 Over three decades, Dave has worked on a vast spectrum of music across all genres and styles, including Grammy-nominated and international award-winning projects. His clients include Rock and Roll Hall of Fame members, composers, producers, artists, and labels all around the world. From the vantage of this finishing stage in music production, Dave bridges the gap between the technical and the creative, helping to bring out the best in everyone he works with.

In the late 1980s, Dave began working as an assistant engineer in two of Boston’s premiere recording studios. During this time, he was still an art-school student making experimental music, electro-acoustic instruments, and sound processors. By the early ‘90s, Dave moved to San Francisco and joined the engineering staff at Boomtown, a bustling recording studio owned by Clio-winning music company Keller & Cohen. Here, he had the good fortune of learning from legendary recording engineer Fred Catero. His years at Boomtown helped him develop a skill set steeped in analog recording and mixing traditions with a highly-professional studio etiquette and atmosphere.

While Dave eventually became chief engineer at Boomtown, he continued to outfit and develop his warehouse studio in San Francisco’s South of Market area. There, his focus grew naturally toward mastering, and he continued collaborating on projects developed in other area studios. As he took on more and more mastering projects, Dave made the decision to officially launch Sonopod full-time.

In the early 2000s, Dave relocated Sonopod from one Bay Area back home to another: St. Petersburg, Florida, where they still operate today. Unattended sessions and speedy file transfers have enabled a geographically-diverse client base while building new roots in this new, arts-rich community. 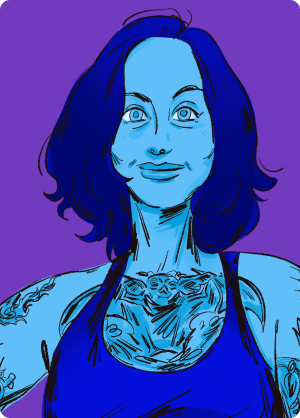 Melissa brings a diverse skill-set to her work as a mastering engineer, with a perspective garnered from a lifetime immersed in music. She was raised in the rooms of St. Petersburg, Florida’s iconic Asylum Records by her father, its manager, and former radio DJ. It’s only natural that Melissa’s mental encyclopedia of music and sonic references became extensive.

The first ever graduate of St. Petersburg College’s acclaimed Music Industry/Recording Arts program, Melissa has spent over a decade working in professional audio across the spectrum of recording, mixing, and even manufacturing (building analog consoles for Daking Audio).

Over the years that Melissa has spent mastering the craft of mastering, the legends and folklore about her have grown. What we can tell you is that most of it is true. Fortunately, she uses her powers for good: to hone in on the subtle details of each project she works on, finding and enhancing what makes them special. When not at the console, Melissa enjoys lifting weights, taking hikes, dark chocolate, bitter beer, black coffee, sweet apples, oxford commas, and cookies. At home, she takes care of a dog who thinks she’s a human and children that are actual humans (allegedly).

Golden hour at the studio last night was .. pretty

The world isn’t the same without him, but we’l

get an estimateSubmit Project Info